The instruction to “bring a spare set of clothes” was the first indication that we were not about to experience a champagne quaffing day at Ascot. A day at the races in Sumbawa turned out to be much more our style.

The riders and spectators may not have been decked out in their finest, yet their steads stood proud; their coats gleaming in the sun, adorned in coloured ribbons and sequins.

Flags raised, the steads were first paraded around the track; both for their familiarisation and it’s fertilisation. The going was soft to sloppy; the race track a rice paddy field, pumped with muddy brown water from the nearby stream.

In case the situation is still not clear, this is no Grand National, but The Buffalo Racing World Championships. An annual event, limited only to Sumbawa, Indonesia. The buffalo have been given a break from working the fields. The farmers, come jockey’s are in the running to win a motorbike; a possible future advantage to both jockey and buffalo.

Excitement from the commentary box built as a Shaman approached the track. Chanting in his local language all we could understand was that his presence was extremely important and we hoped from the huge grin spread across his face, positive. 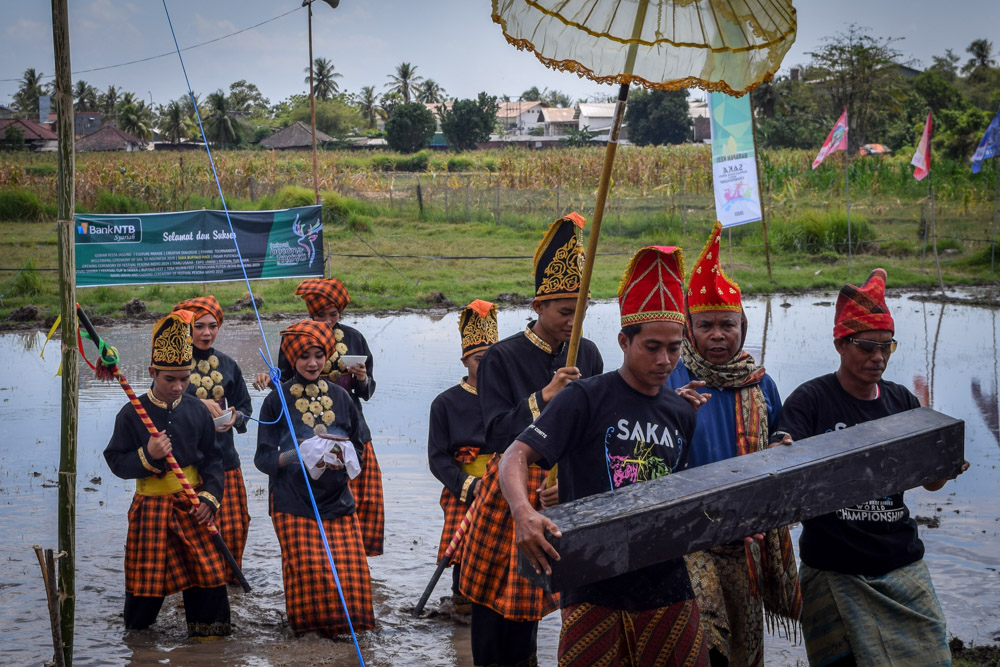 Sensing our confusion at the situation, Syafiq a volunteer translator filled us in. The shaman had just placed a curse on the stick now embedded in the end of the track. Such a curse terrifies the buffalo and causes them to fear the stick. The jockeys must encourage their buffalo to run towards and over the stick at the end of the track as quickly as possible. 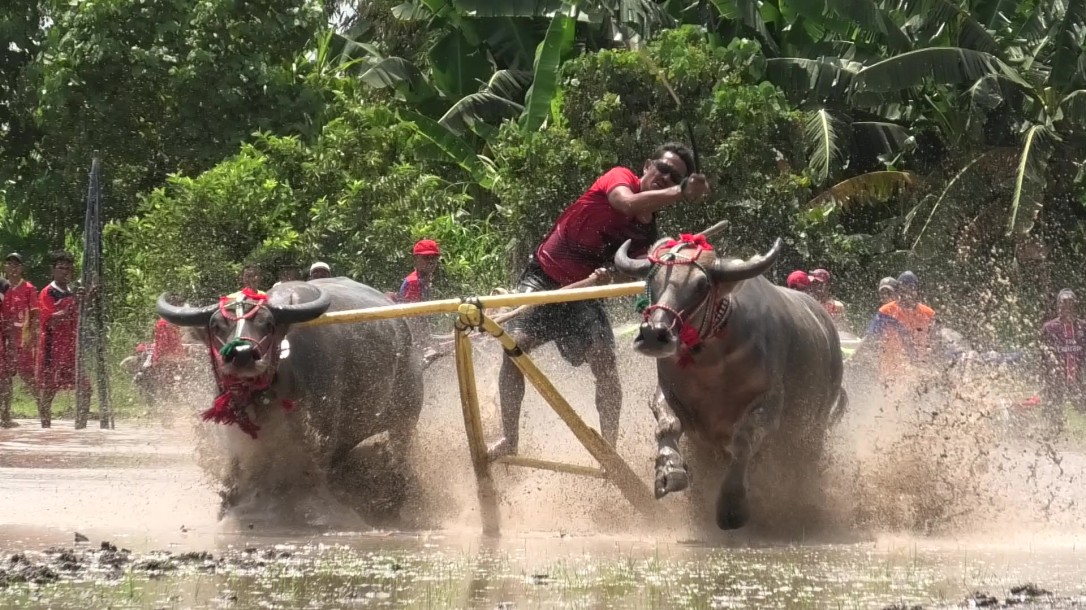 Having just witnessed one professional thunder down the track in a blur of mud and pounding hooves before falling at the last hurdle, we hesitated. This would not be sensible. Then again imagine a jockey handing over their prize race horse for a novice to have a crack at The Grand National, this was one of those once in a lifetime opportunities that we have learned to grab with both hands.  Spurred on by the thought that we would never be given another chance to compete in THE Buffalo Racing World Championships, we both tentatively stepped forward.

For those cautious souls, fear not, we were given a full safety briefing which we will repeat here in full detail:

“Is it dangerous?” we asked, failing to mask a slight tremble in our voices.

“Oh no, it’s perfectly safe…… as long as the Buffalo does not get THE RAGE” states Syafiq, totally dead-pan. Not knowing whether to laugh or cry, we cry laughing.

“Have you ever tried this?”, “Oh no” chuckles Syafiq.

Safety briefing complete, ourselves and five other startled sailors from the rally were under starters orders. The various steering methods were demonstrated by the front running professionals, the most effective of which seemed to be to jump on the back, tug the tail or hit the buffalo with a stick on the opposite side to the direction you wished to turn. Not wishing to come a cropper (or hit the buffalo), we passed on the option of a stick, preferring to keep both hands available to hold on.

Before we knew it, Amy was called up. Nerves getting the best of her, she made the mistake of giving her buffalo a friendly pat with the hope of reassuring both them and her that this really was a good idea after all. The friendly pat was lost in translation and the five people supporting her mounts had a very hard time wrestling them back into position. It took some serious deep breathing to mount the buffalo which she may, or may not, have just given “THE RAGE”.

“HARRRGGGH”, a sharp slap on the buttocks and she was off, tearing up the track. Once out of the gate, the adrenaline took over, giving her enough confidence to attempt steering her thundering steads.

Big Mistake, these buffalo know a novice a mile off. A face plant in the mud soon showed her who was boss.

Soon Matt joined Amy in the mud spa at the end of the track. All fear had left us as we wallowed in our glory. We may not be World Champions or motorbike winners but we gained an event t-shirt, mud bath and once in a lifetime experience. When it comes to giving us opportunities to get stuck into their culture, Indonesia has won hands down. 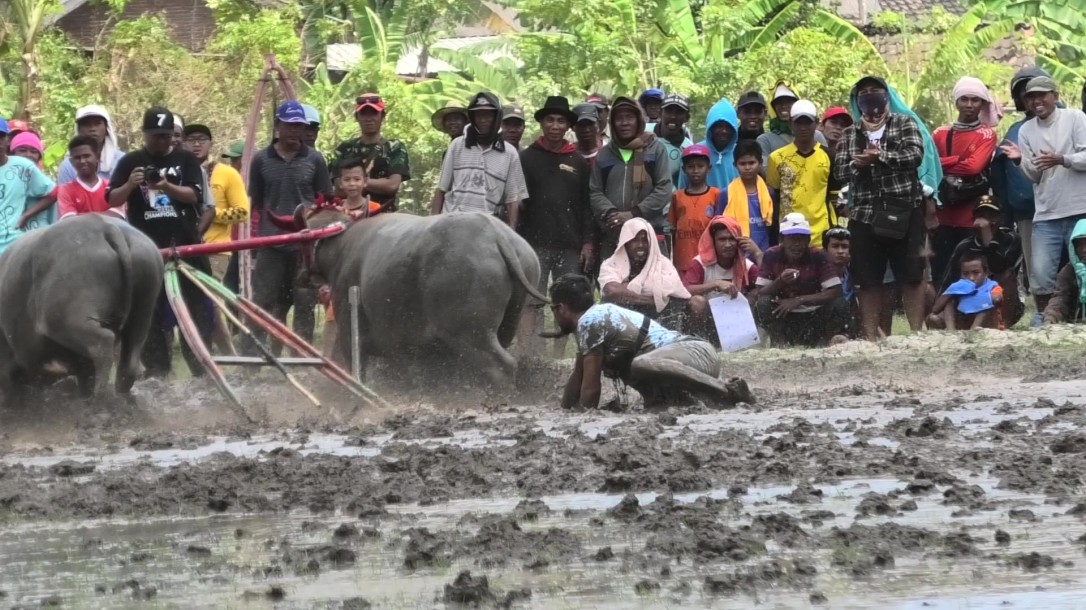